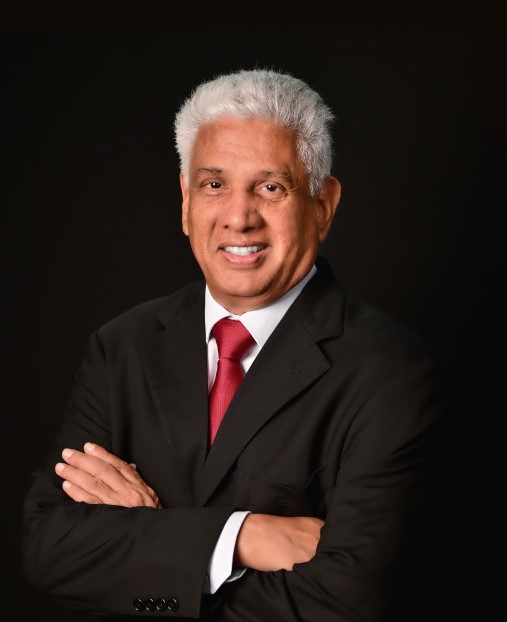 Mr. Prakash Deonarine was admitted to the Bar of England and Wales at Lincoln’s Inn in 1976 and admitted to practice in Trinidad and Tobago.

Shortly thereafter, Mr. Deonarine spent his first ten years in practice as a Member of the Criminal Bar, four of which were spent under the esteemed pupillage of Mr. Desmond Allum S.C.

He leads his team of Litigation Associates in various matters which deals with all aspects of civil law litigation.

Among a plethora of retainers over the years, he had appeared outside of Trinidad and Tobago at the Privy Council in his own right. He also under the International Chamber of Commerce (ICC) in London as a Junior Attorney to the late Dr. Fenton Ramsahoye in a construction contract which was dealt with under the ICC in London in this matter obtained judgment on behalf of their Client in the sum of USD $17,000,000.00.

In recent times (2017-2019), the firm has been engaged in extensive construction law litigation primarily based on Federation Internationale des Ingenieurs Conseils (FIDIC). Under his leadership, the firm has obtained Judgments in these matters in excess of three hundred million dollars ($300 million).

Apart from his profound knowledge of contract law and his ability to effectively manage cases to obtain judgment, he possesses the important skill set of the enforcement of Judgments. Recently, under his guidance, the firm has accomplished possibly the largest attachment of debt (garnishee) in Trinidad and Tobago (over 70 million).

His legal arguments and involvement in a multitude of matters inclusive of inter alia libel matters, banking, construction, insurance, contract, tort and judicial review have been reported in both the West Indian Reports and by the Judiciary of Trinidad and Tobago.

He has not only extended himself to the practical aspects of the legal profession but has also served as an Executive Member of the Assembly of Southern Lawyers, a member of the Disciplinary Committee of Lawyers of Trinidad and Tobago and one Government Commission of Inquiry.

In his capacity as a Senior Partner, Mr. Deonarine has received an honorary award from the San Fernando Business Association for his expertise in Law and his contribution to the community of San Fernando.

To say the least, he is a skilled negotiator with excellent communication skills of whom has, through his years of practice, developed an incisive ability to determine what is at stake between the parties. This is the distinctive quality that has very often enabled him to successfully secure the early resolution of commercial matters (where appropriate) satisfying his Clients’ underlying interests and ultimately achieving what is known as the ‘overriding objective’.

He has no doubt earned the respect of his colleagues, Senior Counsels and the high regard of many members of the Judiciary for his integrity, high standards and diligent preparation of matters under his charge.

He continues to be an invaluable asset to the Firm, its’ Clients, the Community and the Firms’ Associates, the latter of whom have the privilege of learning and training under his tenure.